Reason to avoid: No License 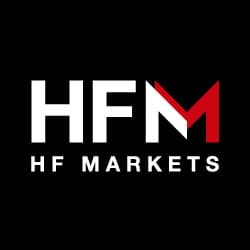 Beware XtradeFX is a Non-Licensed Broker. It is NOT SAFE to trade.

Vanuatu. Bulgaria. No License, No Regulation.

XtradeFX is an STP broker that claims their reputable status with numerous received awards for their Best Trading Conditions, Platform and as a Best Value Broker. Xtradefx is owned by 2dots Limited, as mentioned on the official website with its alleged office in Vanuatu.

Having considered that the XtradeFX was revealed in connection to other trading names that are considered to be scams, which include 24stox, as well as the brokerage firm with its office in Bulgaria – 2dots. The 2dots trading name was previously reviewed by us and included into our brokers to avoid list (please read our 2dots review), while 24stox has received numerous complaints and claims and was dismissed. Therefore, it all looks like the firm decided to start from the new page and continued their operation through a brand name. However, nothing specific was changed, still, the brokerage is non-regulated, while promising a lot and in return does not deliver a safe trading environment.

As well, the firm was alerted and blacklisted by the European authorities, while the official issue was presented by Italian CONSOB and followed by other EU regulators. In conclusion, we do not recommend trading with the mentioned broker and its affiliated companies and generally not to involve in any business with a non regulated firm despite the attractive offerings.

“Having established that, according to the information available, people operating in the name of “24stox” and “XtradeFX” have contacted Italian investors by telephone in order to persuade them to open an account and perform trading transactions on the said website. Considered that 2dots Ltd is not authorized to provide investment services to the public, the company resolves to order the cessation of the infringement.”

Well respected financial authorities like the Financial Conduct Authority (FCA) in the UK, the Australian Securities and Investments Commission (ASIC) or the Cyprus Securities and Exchange Commission (CySEC) are effectively enforcing strict financial and ethical rules on all overseen brokers. That’s why we recommend choosing among the brokers regulated with the mentioned authorities. Traders should trade with well-regulated brokers (Top 10 Forex Brokers in the World) such as UK brokers or brokers in Australia and reliable brokers such as FP Markets and TMGM.